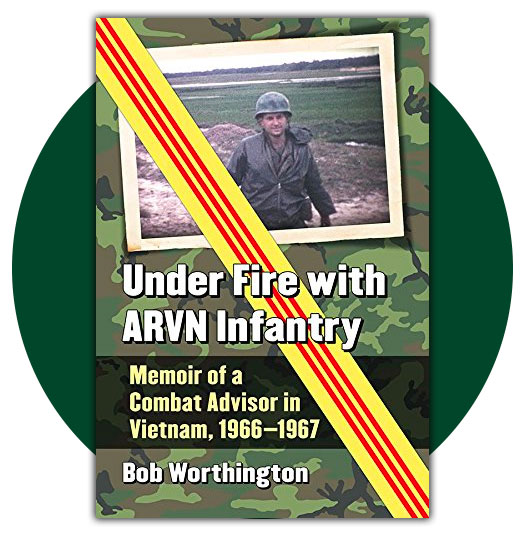 From 1945 to 1973, more than 100,000 members of the U.S. military were advisors in Vietnam. Of these, 66,399 were combat advisors. Eleven were awarded the Medal of Honor, 378 were killed and 1393 were wounded. Combat advisors lived and fought with South Vietnamese combat units, advising on tactics and weapons and leasing with local U.S. military support.

Bob Worthington’s first tour (1966 -1967) began with training at the Army Special Warfare School in unconventional warfare, Vietnamese culture and customs, advisor responsibilities and Vietnamese language. Once in-country, he acted as a senior advisor to infantry defense forces and then an infantry mobile rapid reaction force.

Worthington worked alongside ARVN forces, staging operations against Vietcong and North Vietnamese Army units, and coordinated actions with the U.S. Marines. He describes a night helicopter assault by a 320-man ARVN battalion against a 1,200-man NVA regiment. On another night, the Vietcong ceased fire while Worthington arranged a Marine helicopter to medevac a wounded baby.

“Under Fire with ARVN Infantry is a good story by a good man - and a good solider.”
Tom Werzyn
"A must-read memoir for those seeking to understand America’s involvement with the Army of the Republic of Vietnam at the tactical level during the early war years."
Tim Heck
Previous
Next
Read Tom's full review here
Read Tim's full review here 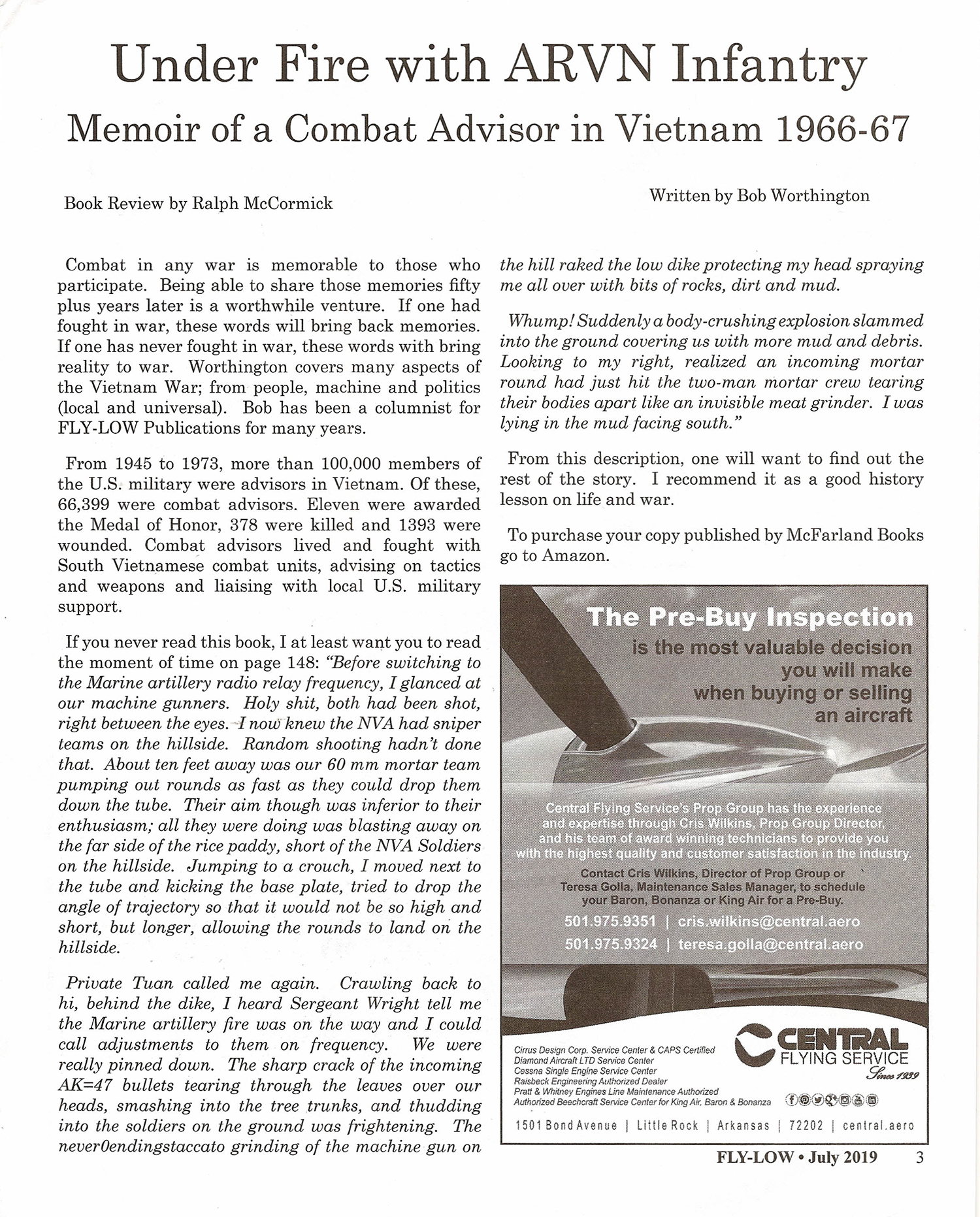