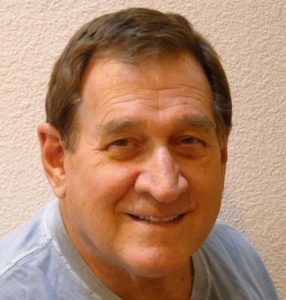 Elliott Robert (Bob) Worthington was born in Connecticut growing up in the small rural town of Roxbury. At 18, he entered Dartmouth College. More interested in guns and girls, he flunked out of Dartmouth and enlisted in the Marine Corps. He served in an Infantry battalion and saw combat in the Middle East in Operation Bluebat. While in the marines, he dated Anita Elliott, a Washington, DC college student.

As a corporal, he left active duty to return to Dartmouth. He and Anita married in 1959 just before his junior year. While at Dartmouth, he was a regular, full-time police officer with the Hanover, NH Police Department. Majoring in art, he graduated as an Army ROTC Distinguished Military Graduate.

Bob’s Army career began as a platoon leader. During a parachute jump he broke his hip and could not serve in the infantry for a year. His assignment was to an Army pistol team, competing throughout the southeast and southwest. He achieved the highest NRA competitive rank as a “Master” pistol shooter before he returned to the Infantry.

Receiving orders to Vietnam as a combat advisor, he attended the JF Kennedy Special Warfare School at Ft Bragg, NC (for training in counter insurgency, counter guerilla, and unconventional warfare) and then the Defense Language Institute in CA for Vietnamese.

He served in Vietnam as a combat advisor in 1966-1967 and as a combat advisor, again in 1968-1969. Bob left active duty after Vietnam to attend graduate school at Northern Arizona University. Receiving his MA in Counseling and Psychology, he worked a year at NAU. The Army brought Bob back on active duty (as a student) to help it transition into an all-volunteer force when he entered the University of Utah Counseling Psychology PhD program.

Post-PhD, Bob was appointed Psychology Consultant for the Army Health Services Command, which managed all Army health care, health facilities and medical personnel in the U.S. Bob joined Operation Homecoming, a five-year DOD program following the adjustment of military Vietnam POWs and the Center for POW Studies where he headed the psychological evaluation of all army Vietnam POWs. He became a pioneer researcher on the adjustment of Vietnam veterans. Doing psychological research on the Army’s Olympic Modern Pentathlon Team led to his becoming a sports psychologist for the team.

Extensive traveling as the Psychology Consultant convinced Bob to learn to fly, using his own plane for Army trips. As a pilot he began working as an aviation psychologist, initially with Army aviation. He continued in aviation after the Army, accumulating over 7,000 hours flight time and having owned nine planes.

Because much of his work involved management consulting, Bob earned a master’s degree in Business Administration from Webster University in 1979. He ended his army career as the chief of the Ft. Sam Houston Army Mental Health Service (while also serving as the Psychology Consultant), retiring in 1981 as a lieutenant colonel. His military decorations include the Army Combat Infantryman Badge and the USMC Combat Action Ribbon, the Legion of Merit, seven decorations for valor, the Purple Heart, the Air Medal, and several decorations for meritorious service.

When Bob returned home after his first Vietnam tour, he had read an article in a gun magazine that all GIs in Vietnam should be issued a handgun. Believing differently, he wrote the editor, explaining why every GI didn’t need a handgun to fight in the jungle. The editor responded, asking Bob to write a rebuttal, which he did, and it was published. Another handgun article was written and published, initiating Bob’s start as a non-fiction writer.

Over 50-plus years, Bob has authored over 2,500 publications, mostly magazine and professional journal articles and several co-authored books. The subjects cover a wide range of activities, but have always involved pursuits Bob has been quite involved in. They are: military, aviation, business, travel, firearms, psychology, four-wheel drive vehicles, and motorcycles. His wife of 62 years, Anita, passed in July 2021. He lives in Las Cruces, New Mexico. They have three daughters (Susan, Julie, and Karen) and five grandchildren.